Being able to weld a 6010 open butt root pass is a skill that can pay off.

Why? Because there are still a whole bunch of contractors who use 6010 rods for pipe welding and the "gate test" ( the test that gets you past the gate) is often a 6g pipe weld with 6010 root pass and 7018 fill and cap.

Plate is easier to get, and easier to weld so it makes sense to dial in the techniques and settings on plate before moving on to pipe.

I got my practice plates from triangle engineering because they come with a saw cut bevel pretty much ready to weld (except for grinding a land if you are welding a 6010 root).

Also, In a previous career, I regularly ordered practice and test plates from them  because the plates came with a certificate of analysis, and were even coated with anti rust coating so we could store them for months without any issues.

I was an instructor on that job and our training plan for certifying welders at that job included an open root butt joint using 6010 1/8" electrodes. It was a skill exercise leading up to a certification test.

The actual certification test was a 22.5 bevel plate with a backing strap and was welded out using 7018 electrodes...3g and 4g positions.

My first welding test with 6010 rods

My very first welding test didn't turn out so well.

These days that test is also called a UA-8 welding test and typically, the root pass is welded using 3/32" rod.

At the time, I was pretty comfortable using 1/8" XX10 electrodes and that is all I had to practice with.

It was like a tiny sparkler that didnt want to stay lit.

I am not sure if it was the brand of rod, or the lack of arc force of the machine I used, but I had a hard time with it.

I was forced to use the welding hood and lens they provided and it was a plastic lens.

I only used glass lenses up to that point, and that plastic lens seem to distort the puddle.

Hey, I am not trying to make excuses. I am only bringing the plastic lens issue up to suggest that welders preparing to take a welding test to use different lenses, and even different helmets ...just in case.

Little things can throw you off. 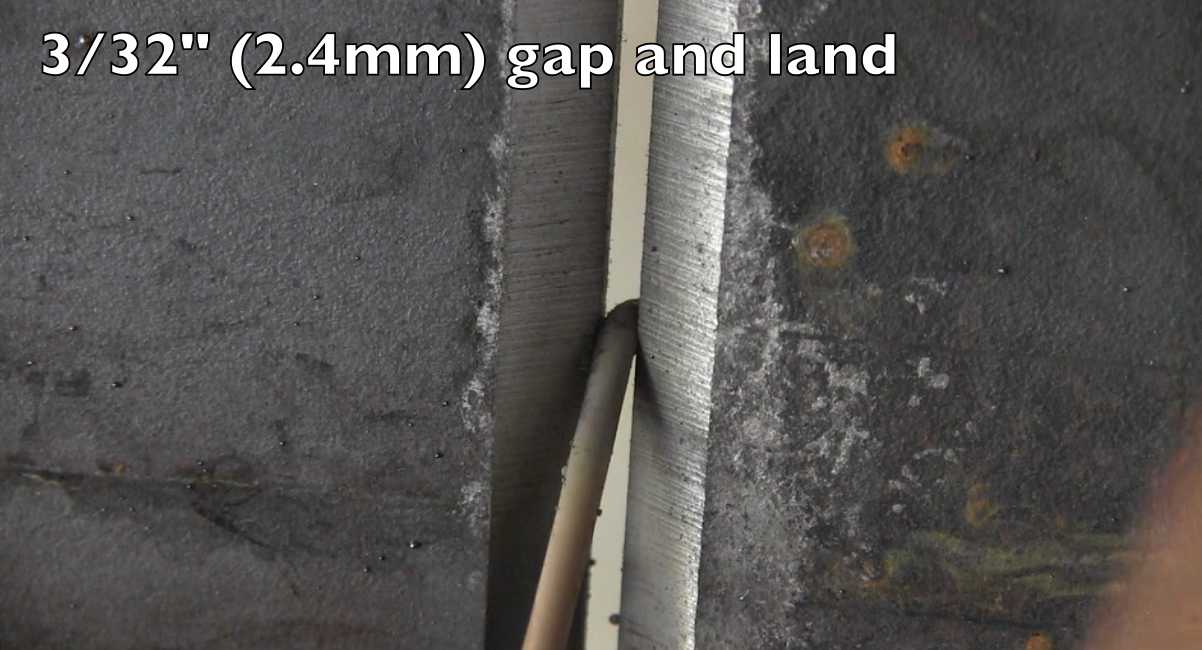 The last time I certified on a 6010 pipe test there was no internet.

So I need some practice.

Its probably the different welding machines having an affect also,

A welding machine with very strong arc force can make a very big difference in amperage needed as well as gap and land used.

That is why pipeliners and rig welders are so vocal as to the welding machine they prefer for rooting pipe. Old lincoln welders like the sa200 redface are in high demand because the arc makes a lot of difference in putting a root in a pipe with a 6010 rod.

Some welders even swear by old lincoln gas driven welders made in the 40s and 50s because some of those old welders have a terrific arc and arc force.

When the keyhole gets too big 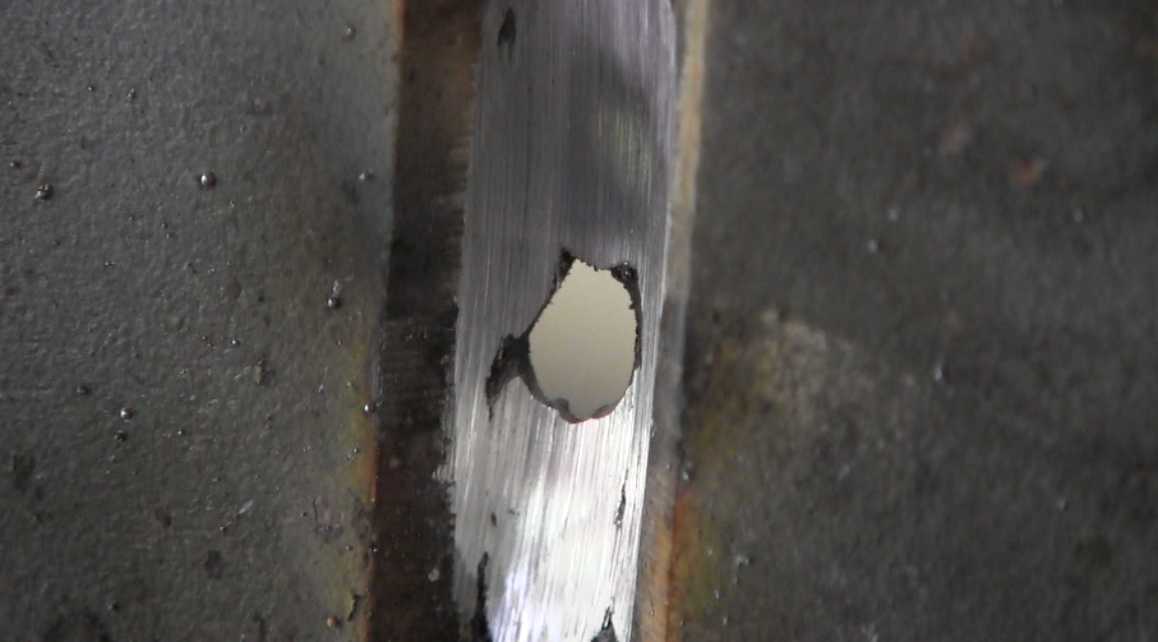 Sometimes, the keyhole just gets out of hand.

What do you do?

When the keyhole gets out of hand, one method is just to bail out, lower the amperage a bit, and the continue just ahead of the keyhole.

...then come back and feather the area with a grinder...its easier this way than trying to shrink a big keyhole .

Often times on welding tests, after the root pass is welded, you switch rods to a 7018.

Sometimes, the hot pass is done with 6010... which makes a lot of sense due to the 6010 being able to penetrate better and burn out any remaining slag.

But lots of times, the procedure calls for the second pass to be welded using 7018.

Be careful here. I was too aggressive on my first welding test and blew a hole with the 7018 set at 90 amps.

85 amps probably would have done fine and I might have passed the test  using 80-85 amps instead of 90.

It all worked out in the end. 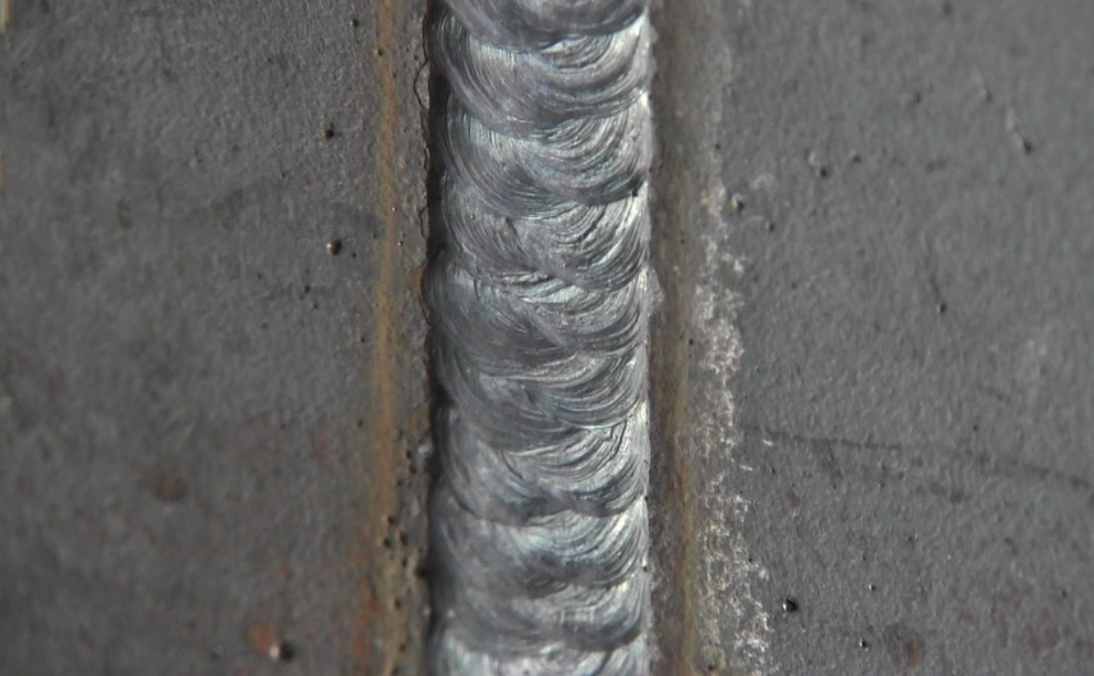 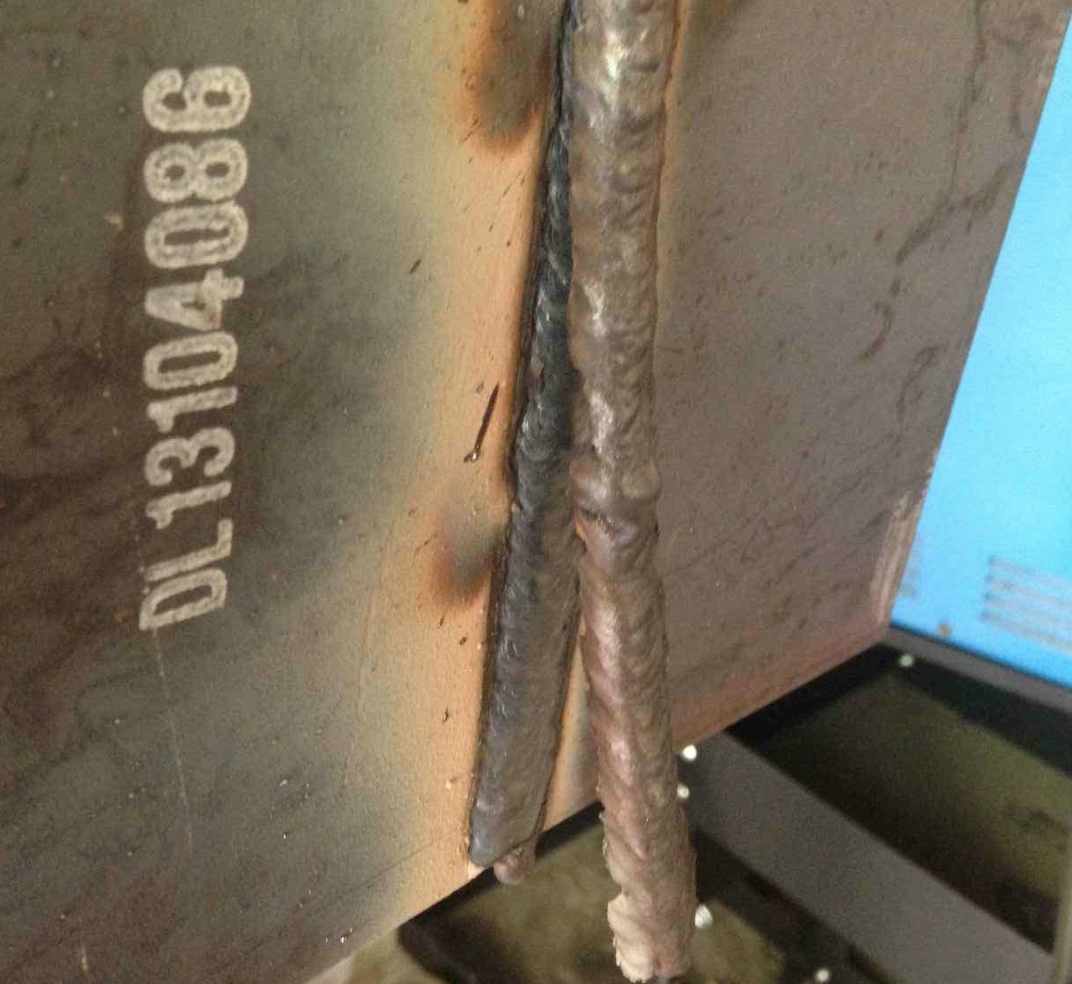