The video on this page is about a 7016 Pipe root pass.

7016 is classified as a low hydrogen electrode and is sometimes specified for the root and hot pass in welding procedures for higher strength pipe.

In the gas and oil industry, API 1104 is a code that is often used in the USA.

At least that is what the engineers and specifying.

So welders are being asked to pass welding tests using low hydrogen electrodes for all welding.....root, hot, fill, and cap.

It is much much slower to weld a root pass using 7016 electrodes uphill but that is just part of the process.

After the root, some procedures specify 7016 for the hot pass..Some might specify 7018.

The hot pass and fill and cap go much quicker than the root pass so overall time in welding a 12" diameter pipe is not tremendously slower than with XX10 electrodes but it is still slower.

DCEP was specified in the welding procedure. 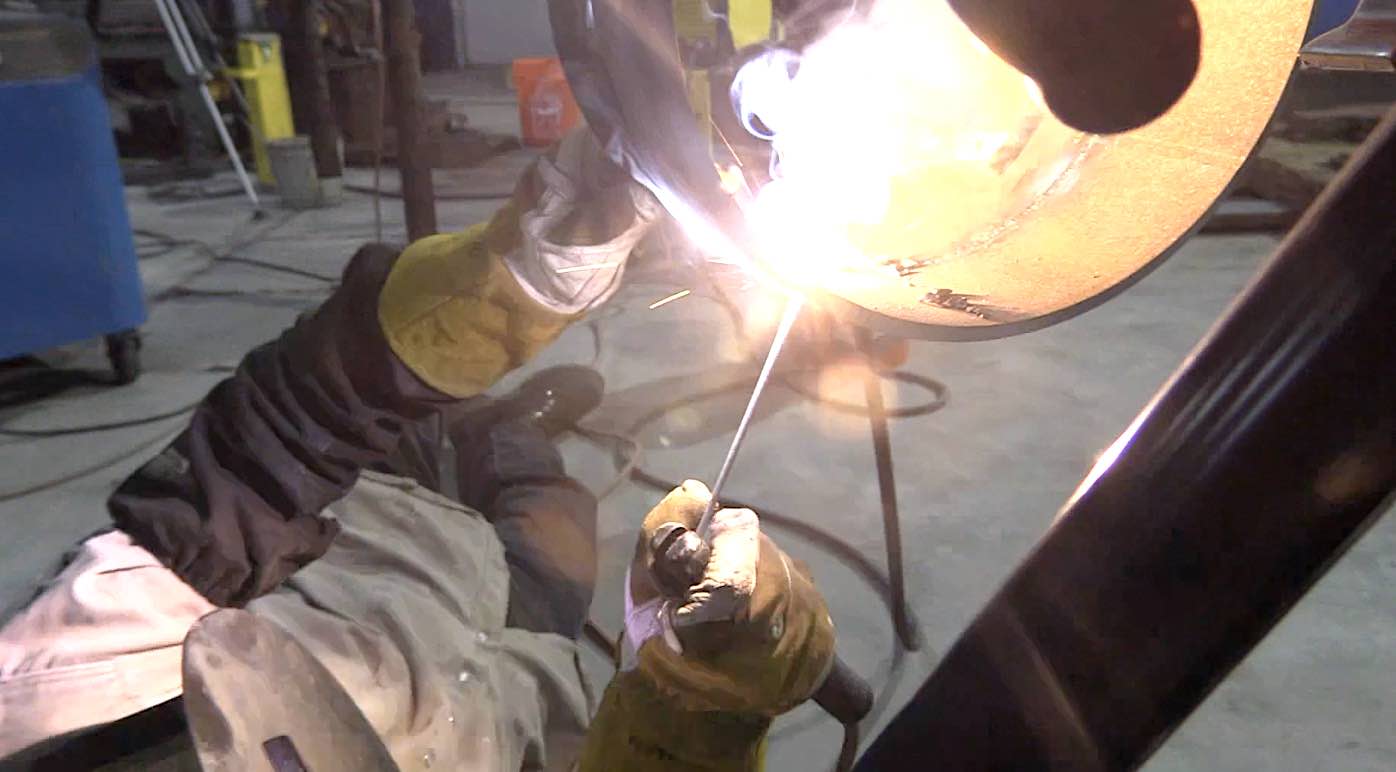 Its difficult to describe but arc length and position of arc within the puddle both make a difference.

The position on the pipe also determines where the rod should be in the puddle and the rod angle that should be used.

Watching the video muliplte times and listening to the instructions from Andrew should help quite a bit.

after that, its just practice.

We also filmed a practice plate using 7016 for the open root and I would definitely recommend welding plate first...as many plates as it takes to make a good root pass in all positions.

Check out the video below for tips for practicing on a 30 degree bevel practice plate.