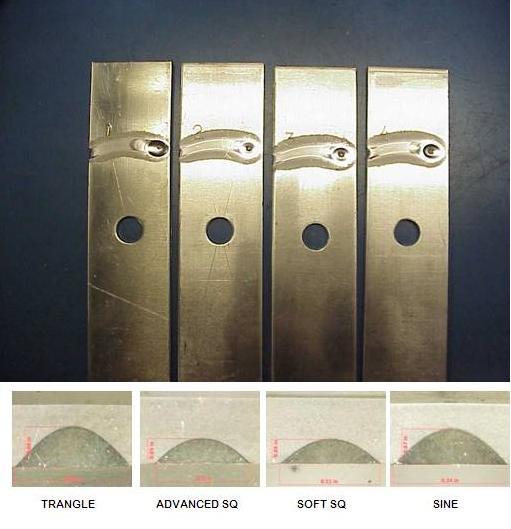 I recently had a chance to do something experimenting with the Dynasty 350 on some aluminum. The results are interesting....

In Aerospace welding, as well as other industries such as mold making, there are many jobs where precision weld placement is critical and can make all the difference.

One such job was on an aluminum housing made from a357 cast aluminum and had a damaged area directly adjacent to a pressed in bronze bushing. Normally, the bronze bushing would have to be removed and replaced after welding because of the inability to control the arc precisely and because of subsequent distortion of the bushing hole.

Because the Miller Welds dynasty 350 is equipped with versatile arc shaping capabilities, it allowed weld repair of the damaged area without removing the bushing and saved labor while making the part serviceable quicker.

As a welding power source producer, I know it is possible to become biased and a little too enamored with your own product. Since I am an end user with no “dog in the fight”,

So… I ran some welding tests to determine the different weld profiles produced in .125” thick 3003 H14 aluminum using Miller Welds Dynasty 350. The material was only wiped with acetone with no other chemical or mechanical cleaning done.

The test was set up using the parameters listed below where the only variable changed was the alternating current (A/C) waveform.

As you know, the Miller dynasty 350 is capable of producing:

In this experiment, The GTAW process was automated using a fixed torch holder that maintained a .063 arc length while travel speed remained constant using a rotating positioner device.

No heat sink was employed. No filler wire was used out of concern for skewing the results.

Travel speed was intentionally intended to simulate typical manual welding speed (as was determined by manually welded test joints of the same material) and was calculated to be 7.85 ipm

One weld sample was produced using each waveform. Amperage was chosen that would not completely penetrate the material at the point where sectioning was to be performed to reduce the possibility of liquation cracking or centerline cracking that is common in autogenous full penetration or near full penetration aluminum welds.

The welds were all sectioned exactly one inch from the starting point in an area predetermined to not be fully penetrated.

All of the welds did eventually fully penetrate at point away from the sectioned area before the arc was terminated due to heat saturation.

As you can see in the cross section photos that were polished and etched, There is a considerable difference in weld profiles achieved just by selecting different waveforms and not changing anything else.

The bottom line is that having these tools in your arsenal as an aluminum tig welder, gives you many more options in ways to get the job done.