One of the coolest booths at Fabtech 2014 was Stronghand tools.

I always stop by to check out what they have fixtured up.

Not only is it fun to see, but seeing the display usually gives me one or 2 ideas on better ways to use the tooling.

You may have seen a few welding projects I have done over the last few years using my Build Pro table.

One job that comes to mind is a heavy round aluminum fixture that was designed with angled spokes that connected an outer ring to a center hub.

Locating and indexing round parts on a regular welding table can be quite a challenge.

But with a grid pattern of holes, I just chose a hole to locate the center hub, and drew a big circle using that hole as the center point.

from there is was pretty easy to locate the spoke braces and get everything tacked and welded out.

Being able to clamp that big ring in place was a big help also.

When I was finished with all the welding, I heated it to about 300F with a rosebud while it was clamped to the table and that worked out really nicely. The part went on to final machining without problems.

Another job I did was making a tapered dump chute for a downdraft cutting table I built.

Putting that funnel together was way easier than I thought it would be.

Ever heard of a MagTab? 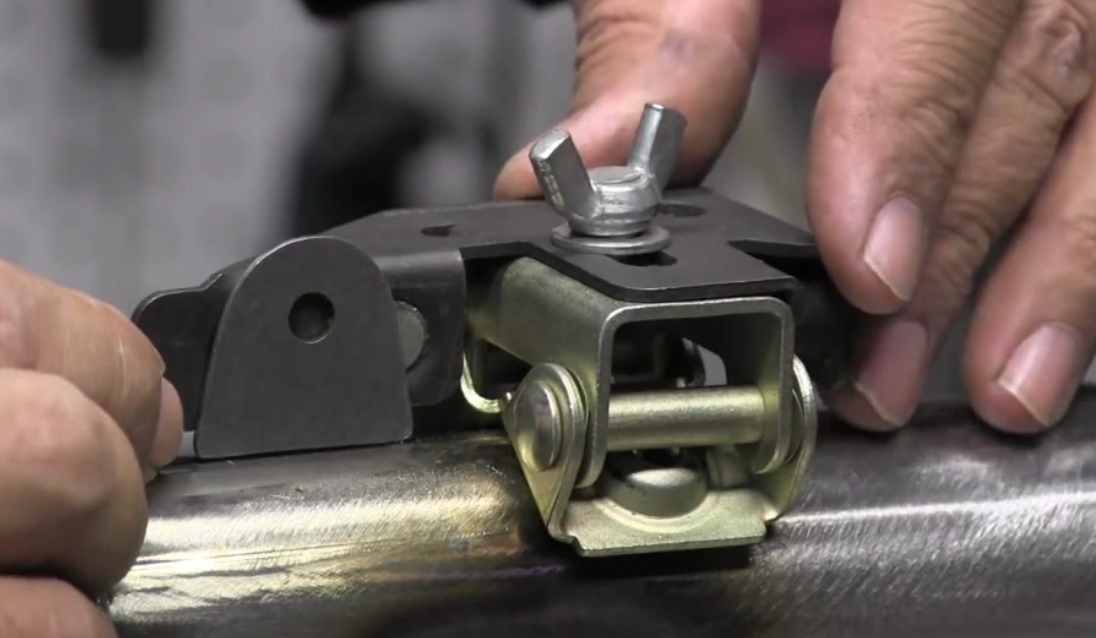 Its for hold small tabs and other stuff in place accurately while you get a tack weld on it.

I have used the crap out of mine for about 4 years now.

I usually make a small tack weld and then remove the magtab so as not to damage the magnets.

Of course, like most welders, I have used my fingers to hold stuff while I tack welded.  I have the scars to prove it.

I have used the magtab for all kinds of things other than than tack welding tabs....like putting together outside corner joints on a steel tray.

Its one of the handier items in my toolbox. 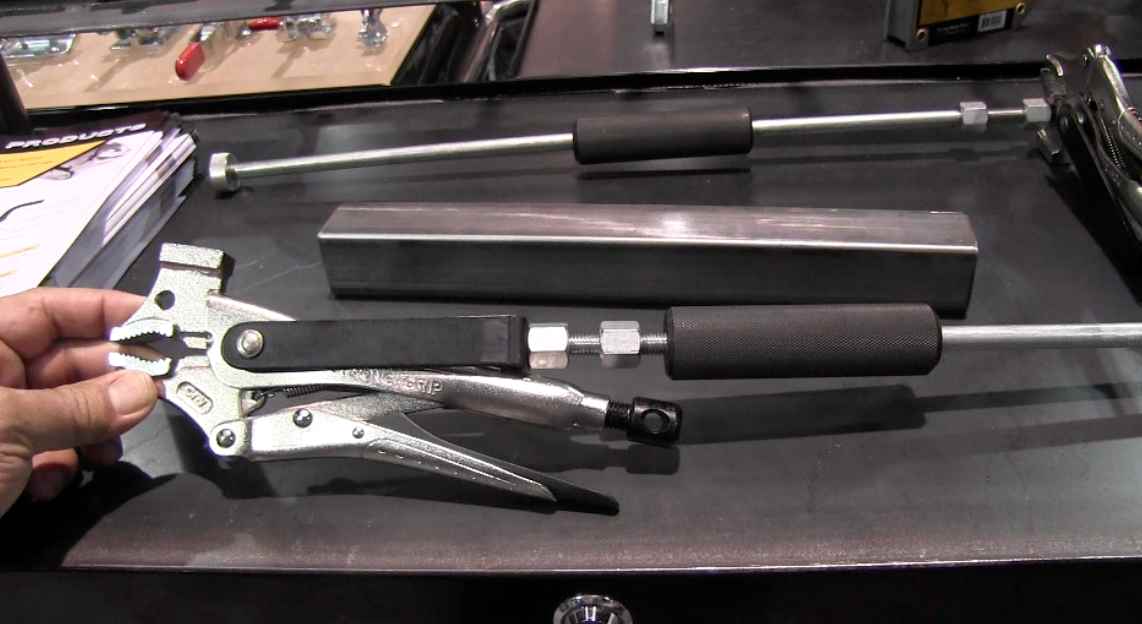 I made my own slide hammer puller years ago.

And now I see this one at the Stronghand booth.  except it has a swivel attach point to keep the direction of pull aligned.

For pulling pressed in pins and studs, a slide hammer puller thingy is useful.

you might even be able to make a few bucks removing pins for machine shops.

I have pulled many pins in my day.

Lots of them were when I worked in the Aviation/aerospace industry.

There are lots of aircraft engine parts that have pressed in pins and they get replaced every so often.

The way we removed pins was by using a slide hammer puller like the one made by stronghand.