This video is about TIG welding tubes for the #tubehurricanechallenge on instagram. 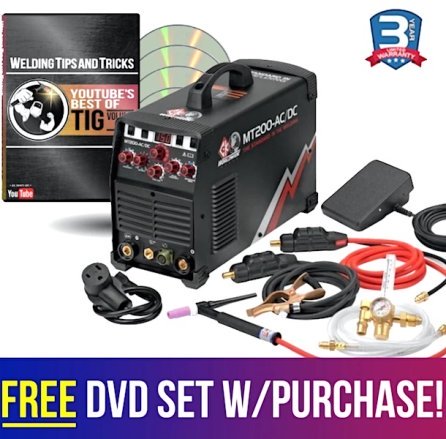 A company called Precision tube Laser sent me this kit with 10 laser cut coped tubes boxed in by some rectangular tubes. 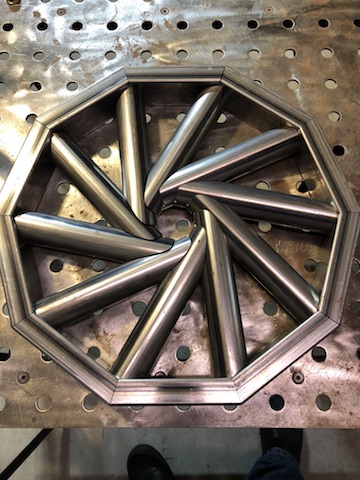 The one amp per one thou (.001") rule works for carbon steel

there is a rule of thumb for amperage that holds true for tig welding carbon steel.

A plasma cut edge can be relatively clean. Especially if the cut is made with certain gases other than compressed air are used.

If compressed air is used for plasma cutting carbon steel, the parts can easily be mig welded without any further cleaning.

But for tig welding, plasma cut parts need to be cleaned using a flap disc or sander....laser cut parts usually weld better due to less oxidation.

A few years ago, I got a job welding a lot of stainless parts that were laser cut.

They welded ok without any cleaning at all, but I used a sander on them anyway and they welded even better after that.

I decided not to clean the laser cut edges for this video.

why use a large cup? 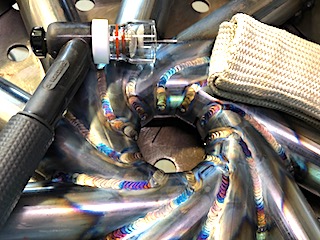 I decided to use a furick 12 aka fupa12 cup for this video mainly because it allows me to film the arc better.

Being able to extend the electrode 3/4" or longer gets the cup out of the way for filming the arc and sometimes I can even film right through the cup.

this is cold drawn 1010-1020 tubing so there are a few choices for filler metal.

And I used .063" ER309L  on the other side just to show the difference in final appearance.