As a rule, I hate a big TIG torch.

Which is kind of weird since I learned to tig weld with a 17 air cooled torch.... I never even touched a small tig torch for the first 13 years of my welding career.

In pipe welding, the air cooled 17 was the norm so I was fine with it.

Usually it was scratch start too.

then I got spoiled.

I started working as a welder for a commercial airline overhaul center...where for aircraft welding, everything is smaller.

You get the picture?

In the pipe welding industry, a 1/16" filler rod was only used to tack weld consumable inserts to pipe joints and was too small for anything else.

But for welding aircraft parts, a 1/16" filler rod is considered pretty big.

So after using a small water cooled #20 tig torch and learning that it will handle 250 amps, I got spoiled to a small tig torch.

But out there in the "real world" welders are still using the air cooled 17 and 26 big tig torch. I realize that, so I have a tip that you may not know about...

So here is todays tip. 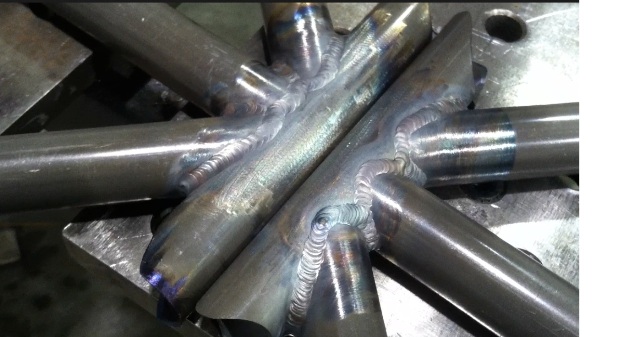 I ordered a stubby gas lens kit recently from TigDepot.net
The reason I bought one is because I have a few big tig torches that I dont like... and the stubby kit will make them work better for me.

Air cooled tig torches are simple. I like that. And I also like not hearing the pump and fan on a tig cooler run.

A wp 9 tig torch is a small air cooled torch that is only rated at around 125 amps. So if I need to weld some thick aluminum at 175 amps, that wp9 is going to get really hot.

That is were the stubby gas lens kit is handy.

It lets you use a bigger higher amperage tig torch. ...while reducing the overall size of the tig torch. 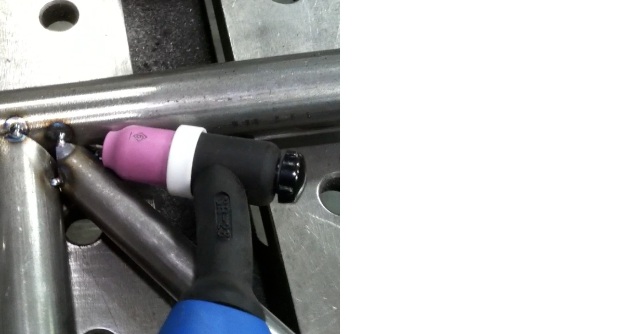