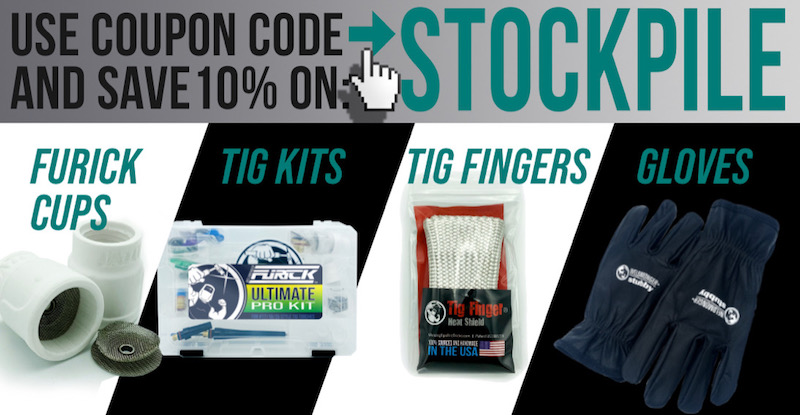 Interested in tig welding 4130 chromoly tubing?
Have you subscribed to my podcast yet?

Roy Crumrine, Jonathan Lewis, and I do the weekly welding tips and tricks podcast and we posted an episode recently where we talked at length about tig welding 4130 and you can listen to that episode here. https://wttpodcast.libsyn.com/4130-cluster-joint-kit

Joel Buschman @overkillracingandchassis on instagram has started offering these 4130 cluster kits and they are great practice for anyone wanted to get into motorsports welding.
In fact, we interviewed Joel on the podcast a few years ago and it was a very interesting talk. 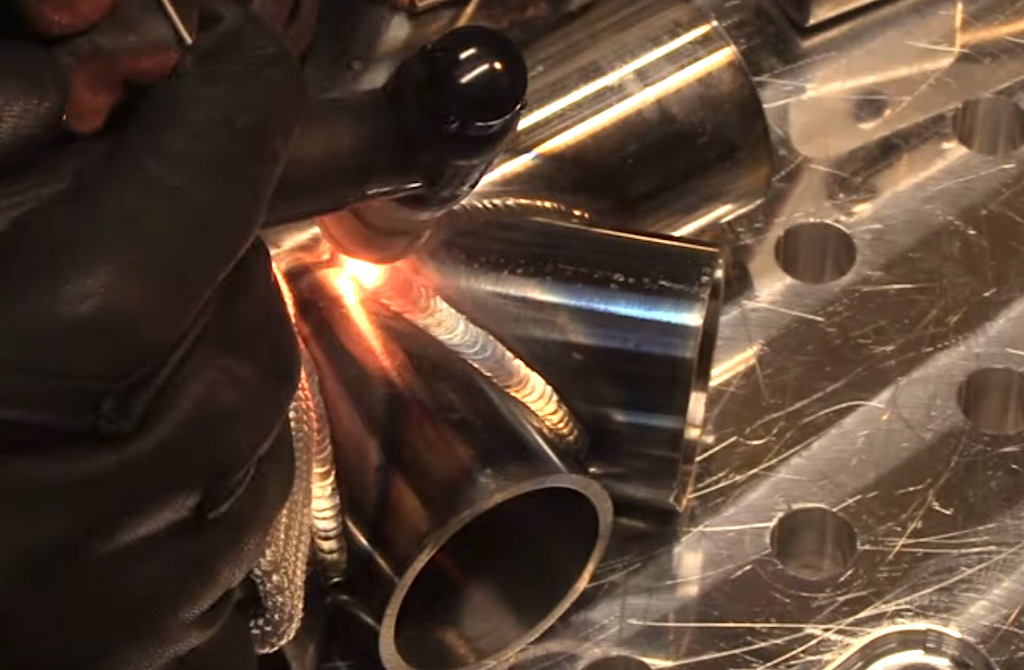 Joel builds Monster Trucks.  And so this 4130 cluster kit is 2 inch diameter 4130 chromoly tubing and is coped at common angles used in the building of a monster truck.

First off, I used a flap disc to remove any dross and I wiped down the tubes with acetone to remove any residue but they were very clean right out of the box.

I decided to tack weld the 90 degree tubes and weld a single pass on them first and I used my Crummy Welding fixture plate and Stronghand Tools clamping kit to hold things rigid while I tack welded.

I was running a bit low on argon so I used a #6 gas lens cup with only around 12 cfh of argon flow to save gas while I was tacking.
I do this quite often since being able to prop with the cup makes tack welding go fast.
I try to make the tack welds a bit smaller than the first pass so that they won’t be noticeable in the final weld.
After I get plenty of tack welds, its ready for welding.

I switched over to a Jazzy 10 ceramic cup to limit oxidation so that the second pass would flow better.
The jazzy 10 is one of my favorite cups for tig welding things like 4130 tubing and stainless steel.
It is very affordable and with the extra layer of diffuser screens, it runs great on the same flow and most #8 gas lens cups but with better coverage and longer stickouts.

These first welds reminded me of a previous video where I welded some coped stainless tubes ( you can find that video here).

I put the #6 cup back on for the rest of the tack welding and then switched back to the jazzy 10 for the whole weld out.

I saw from the sample that Joel sent me that he used 2 weld passes and from talking to him and also the welding tips and tricks podcast with Frank Flerquin, 2 passes is common on these tube clusters.

you can listen to that podcast with Frank Fleurquin here

The first pass is to make sure that you get good penetration down into the root of the joints and the second pass is to add reinforcement and a good looking final weld.
I think its easier to get a good looking weld when you can concentrate on appearance.

Once I was done with the first pass, I let it cool a bit and then welded the second pass.

I have never really been required to pump the foot pedal in any of my previous industries.

I worked 13 years as a pipe welder mostly on nuclear plants and we didn’t really use foot pedals except in the fab shop and the procedures didn’t allow for pumping the foot pedal.

Then I transitioned into aerospace welding and pumping the pedal was not permitted there either.

But in motorsports tig welding, it is very common.
And I can see why.

As you are coming around a curve on a 4130 chromoly cluster joint, you are trying to maintain a favorable torch angle so you twist your wrist.

Its much easier to twist your wrist between dabs while you let off the foot pedal.

And I found it really helps to control the heat.

I set my peak amperage to 140 amps on the CK Worldwide mt200.
I pumped the pedal to full pedal and then backed off the amperage to around 100 amps between dabs.

The benefit of pulsing manually like this is that you dont pump the pedal until you are ready so if you need to reposition by turning your wrist and it takes a second or two, you can make the adjustment.

that is where pulsing manually has an advantage over pulse settings.

Filler Rod for final pass.
‘There is a lot of discussion on which filler rod works best for tig welding 4130 chromoly tubes.
I used er70s-2 for the first pass but I switched up to a different filler metal for the second pass.