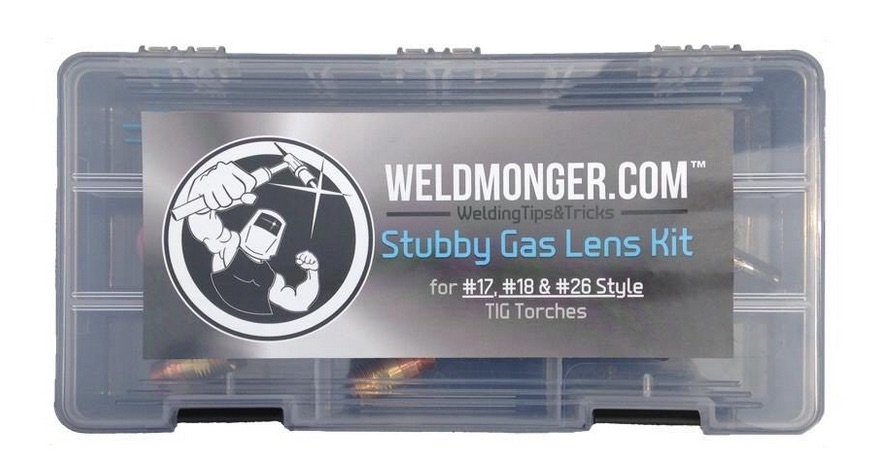 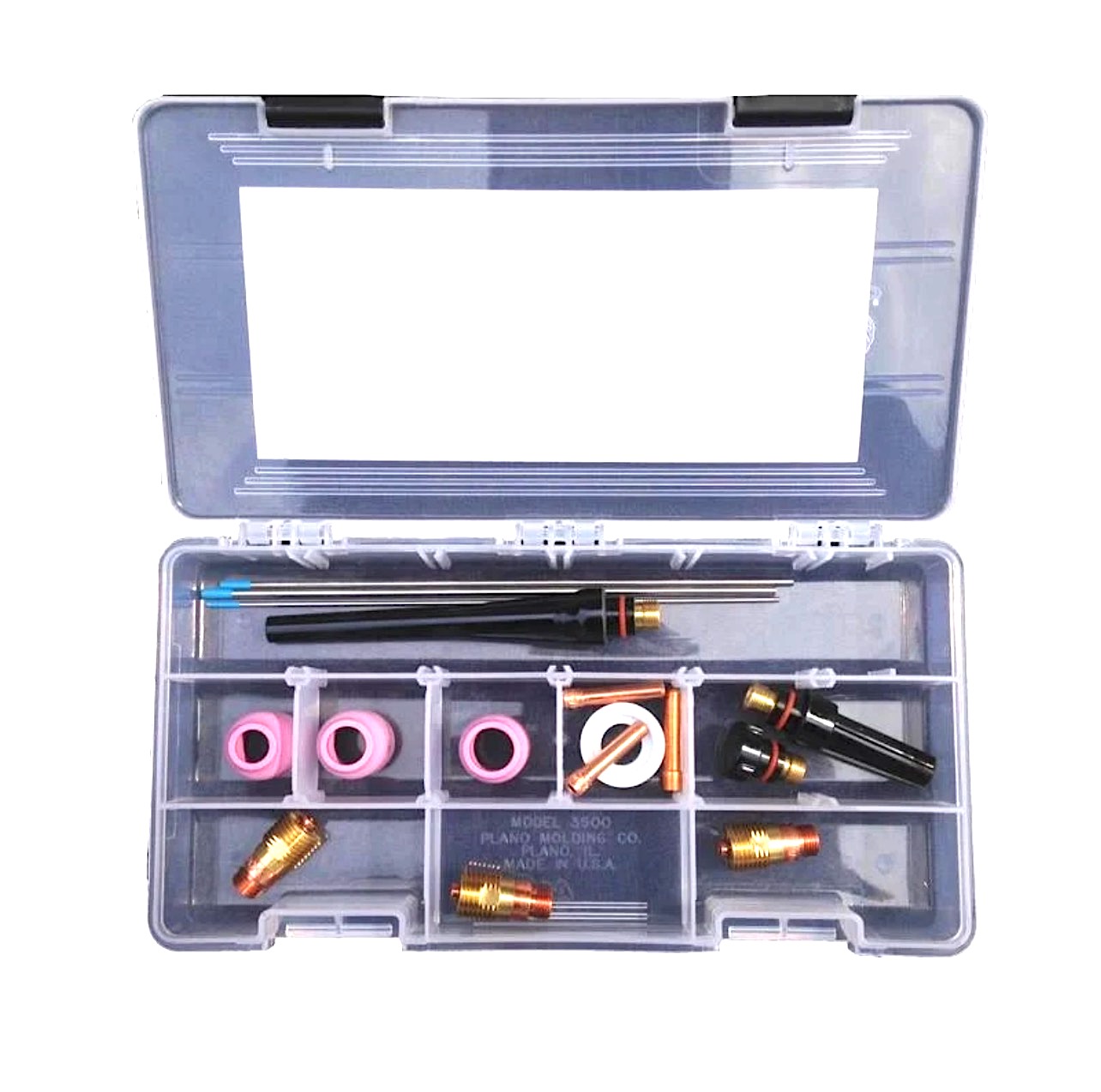 I just finished TIG welding an order of 50 parts for my machinist friend.

And I used three different Tig welders to complete the job. Mainly because I make YouTube videos about welding and I wanted to make it interesting and also get some time on the AHP tig machine before sending it off to the winner of the giveaway 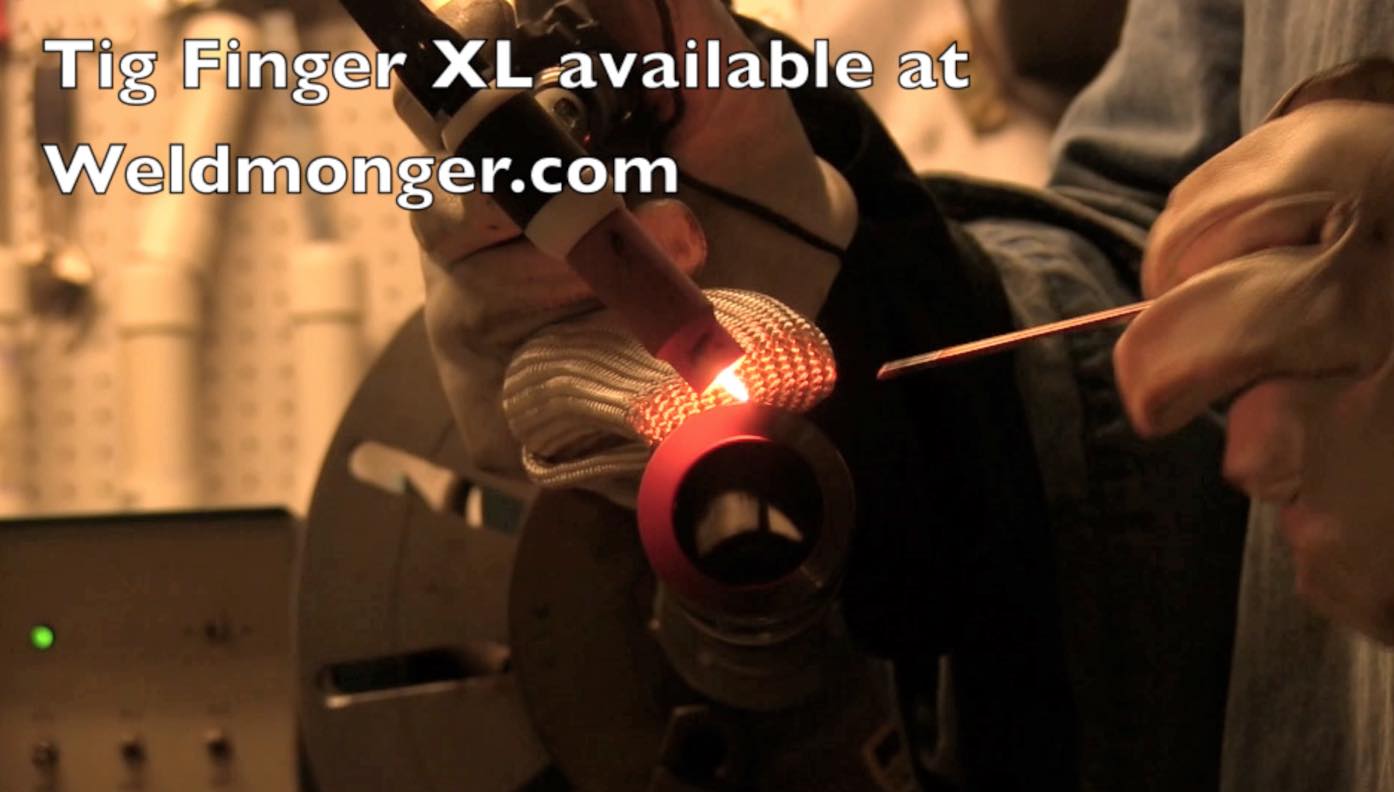 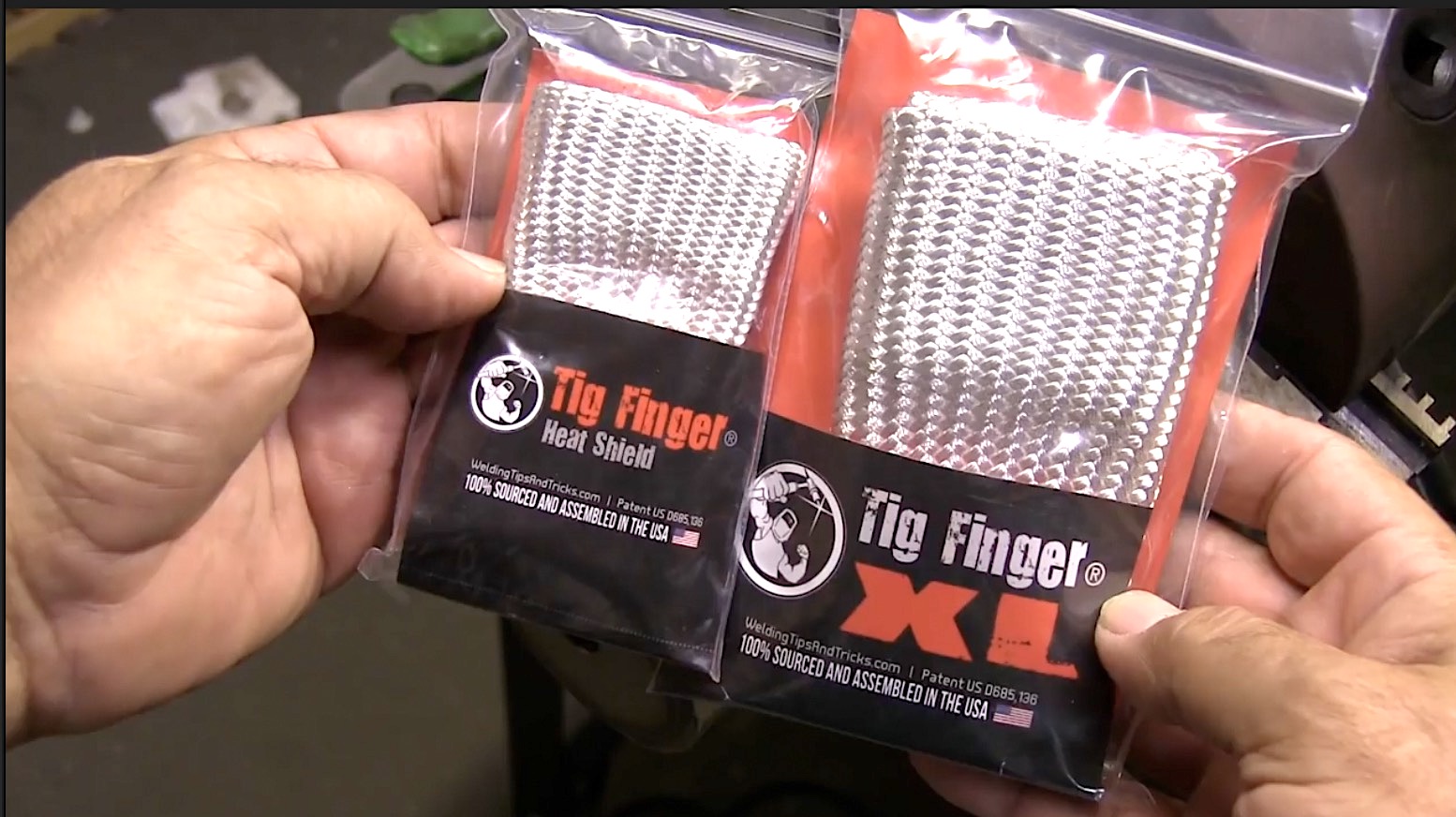 The first work I did was using the ahp alpha tig 200 x.
It comes with a torch switch and a foot pedal but I used the torch switch for quick tack welding at around 195 to 200 A

Torch switches are handy for tack welding and it also came in handy for welding on the turntable.

I welded the first run of parts somewhere at around 180 amps and using 1 to 2 pulses per second just propping my finger on the part using a TIG finger XL...

And on the other end that had a flange, I walked the cup using a number 6 cup using about 15 to 20 CFH of argon flow.

I was welding at such a high amperage with an air cooled  150 amp torch that it got really hot and that caused the Collet to get soft and corkscrew. So I switched over to a water cooled set up using an 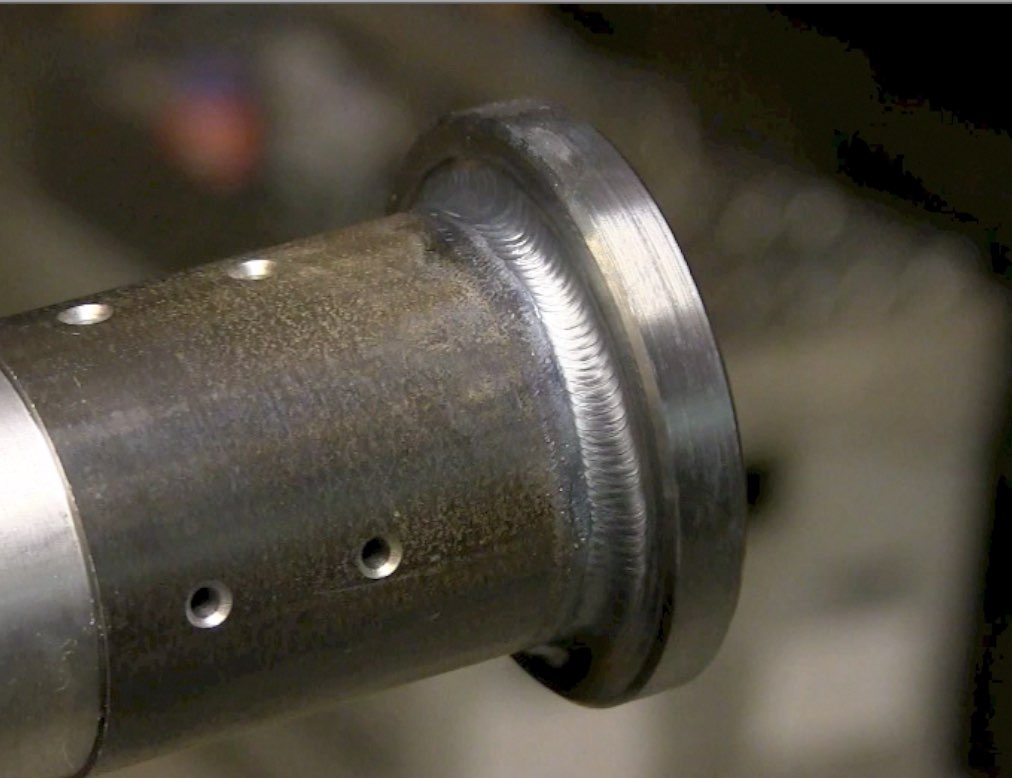 A water cooled torch is the way to go for high amperage repetitive parts.

Without a water cooled torch, you are limited on amperage and how long you can weld without the torch getting too hot to hold.

So after the first run of 10 or 20 parts, I switched over to a water cooled weldcraft wp280 tig torch.

It uses small 2 series hardware and so I put a #6 gas lens on it.

It takes a few minutes to set up and get dialed in but man is it worth it for a job like this.

My final optimum settings using the Everlast 210ext were 210 A 50% pulse on time 40% background.  for the end without the flange.

And for some of the flange welds I just walked the cup at around 180 A using at 3/32 rod...for others I used the torch holder and used 210 amps with 2 pulses per second and both pulse and background set to 60%.

I had a Lincoln 17 style air cooled torch again for these welds but since the welds were short runs, it didnt get terribly hot.

These parts got really hot with 8 total welds so using a TIG Finger XL really helped to give me a place to prop as I rotated the torch to keep the angle good. 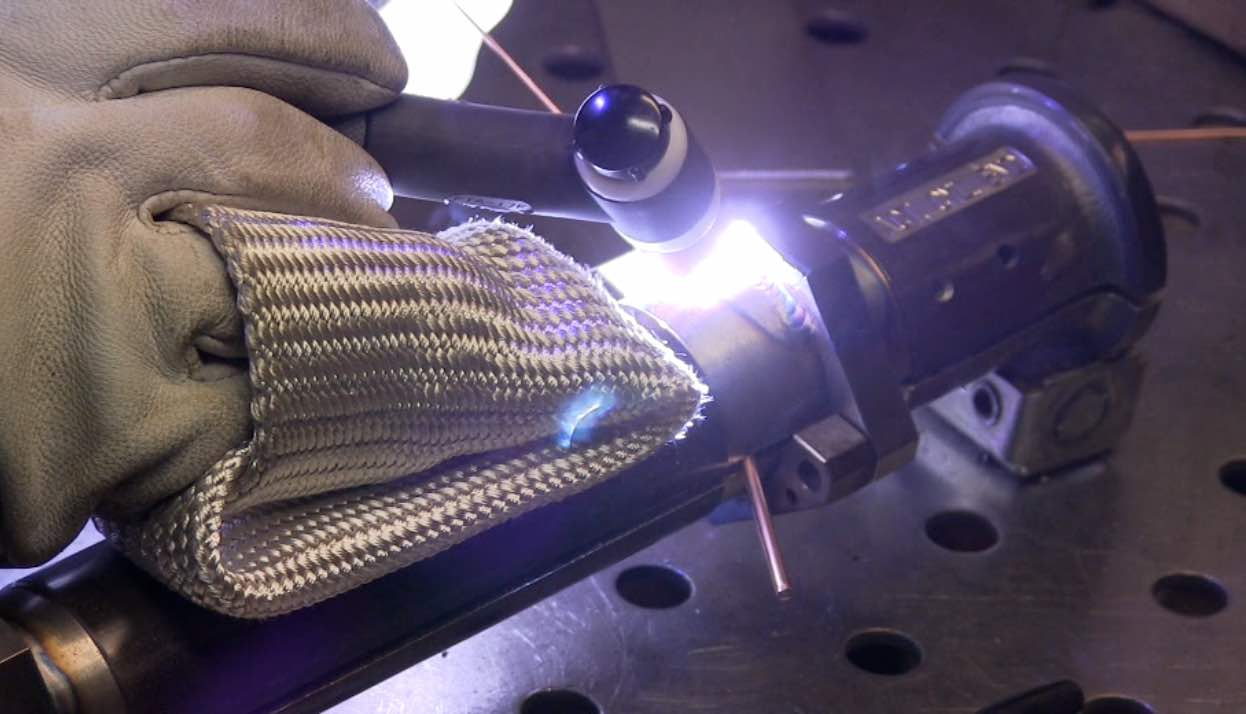