A Welding Symbol Chart...The Down and Dirty...

Next to Welding Certification Welding symbols are one of the most misunderstood concepts in the welding profession.

A lot of welders get by for their entire careers without having a good understanding of welding symbols.

The truth is, depending on what kind of job you have, you might only have to know a small handful of welding or weld symbols. I once knew a welding supervisor who couldnt read welding symbols. He told me he just had his welders "weld the dog crap out of it" to make sure it would hold...OK that might have worked for his shop but you won't get very far in your career saying stuff like that.

Knowing how to read a welding symbol chart is important and better than trying to memorize them all. Especially if you don’t use welding symbols very often.

The joint is the basis of reference for welding symbols.

The reference line of the welding symbol is used to designate the type of weld to be made, its location, dimensions, extent, contour, and other supplementary information.

Any welded joint indicated by a symbol will always have an arrow side and an other side. Accordingly, the terms arrow side, other side, and both sides are used to locate the weld with respect to the joint.

The process, identification of filler metal that is to be used, whether or not peening or root chipping is required, and other pertinent data must be related to the welder.

ELEMENTS OF A WELDING SYMBOL 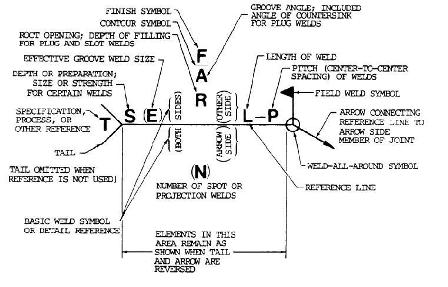 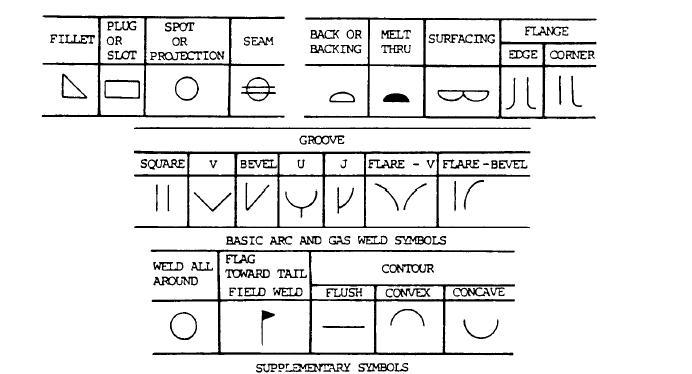 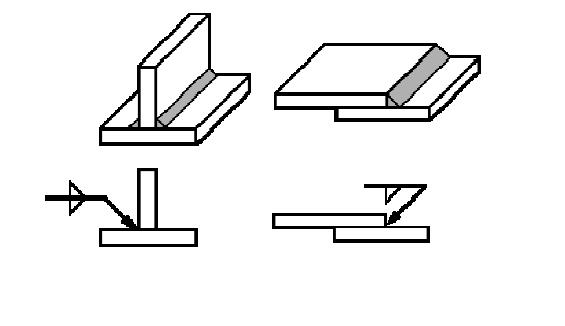 The perpendicular leg of the triangle is always drawn on the left side of the symbol, regardless of the orientation of the weld itself.

The leg size is written to the left of the weld symbol. If the two legs of the weld are to be the same size, only one dimension is given; if the weld is to have unequal legs (much less common than the equal-legged weld), both dimensions are given and there is an indication on the drawing as to which leg is longer.

The length of the weld is given to the right of the symbol. If no length is given, then the weld is to be placed between specified dimension lines (if given) or between those points where an abrupt change in the weld direction would occur (like at the end of the plates in the example above).

Another commonly used symbol is the square groove weld symbol. This symbol is especially common in sheet metal work where butt joints are common with no bevel needed to achieve full penetration.

If you study A Welding Symbol Chart you may notice there is often no arrow/other side difference in square groove symbols. 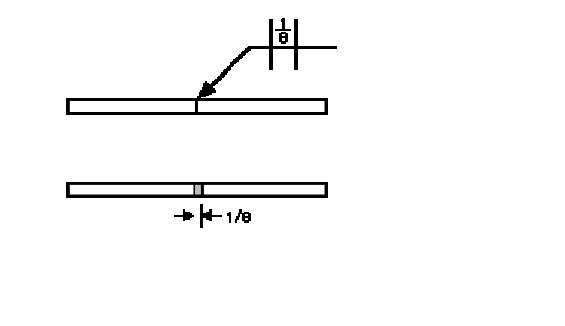 The "groove" is created by either a tight fit or a slight separation of the edges. The amount of separation, if any, is given on the weld symbol.

The edges of both pieces are chamfered, either singly or doubly, to create the groove. The angle of the V is given on the weld symbol, as is the separation at the root (if any). 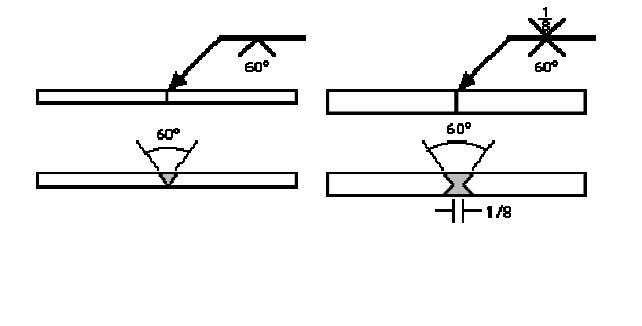