Is it better to push or pull when mig welding? 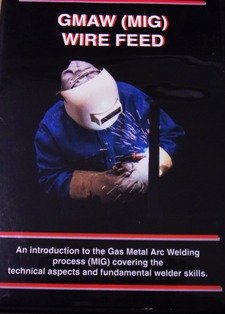 Pushing or Pulling? Which is the best mig welding technique Just freaking kill me right now! If I hear one more argument on pushing vs pulling, I am going to Off myself.

I think the whole argument got started in a Bar. One guy worked on Railroad Box cars and he used spray tranfer and pushed the puddle.

The other guy welded auto body panels with short circuit mig and he pulled the puddle. After 4 beers, The cussing began and the argument started that has lasted until this day. Until now. when I am going to settle it once and for all.

You know what is really hard to argue with? Results! thats what. when someone passes a welding test pushing the puddle instead of pulling it, its really hard to convince them that they used improper mig technique.

If you live in a Utopian Vacuum, maybe you could use a perfect 10 degree pull on your mig gun angle.

The real world is Cruel. It makes you do things like weld 2 gussets in the web of a 14 inch wide flange beam while your head is jammed against a wall. Your big ass Tweco gun will barely fit between the gussets and getting the perfect gun angle becomes about important as choosing the perfect toilet paper. Trust me , your Ass will not know the difference!