This page and video are about Tig Welding Pipe - Carbon steel pipe to a Stainless steel flange. 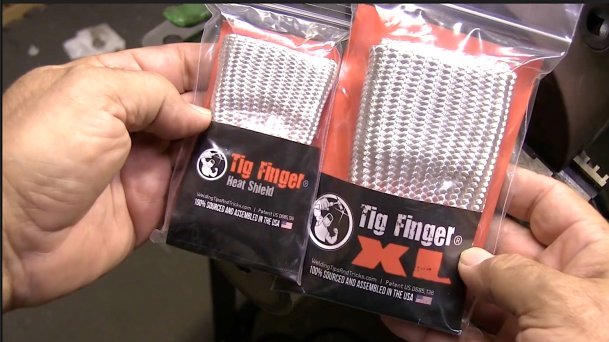 In an earlier video, I showed a technique for the root pass so if you missed that, you can watch it here at Stainless Root pass 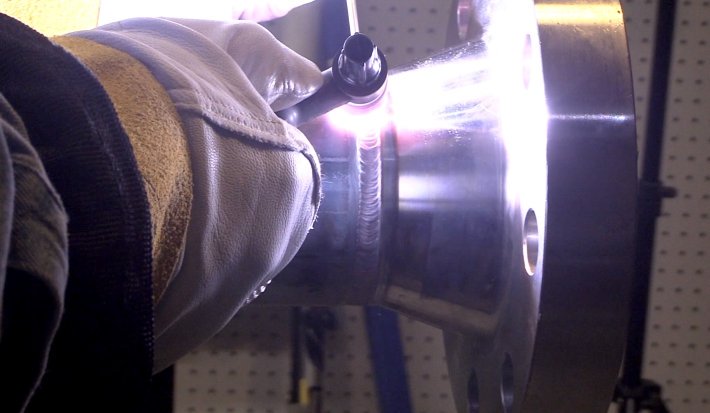 The main goal of the hot pass is to not screw up the root.

So the purge gas is usually left on during the hot pass in case there is an oops.

A vent hole is very important so that no pressure is built up in the pipe.

I usually cut an X hole with a knife or razor...

An X will open as needed with the root is closed up. 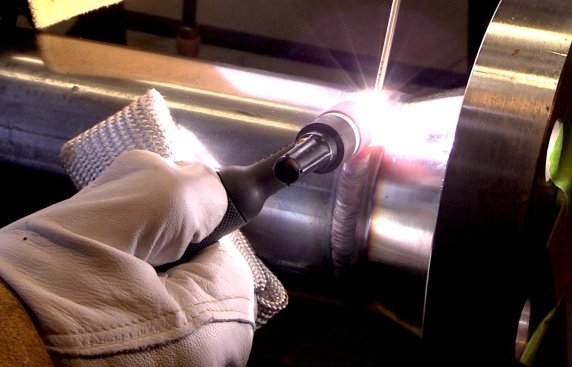 The cover pass was also welded at 105 amps after everything had a chance to cool off to around 150F.

If not allowed to cool between passes, things can go south quickly.

And not only will the weld metal flow differently, but too much heat for too long can cause something called carbide precipitation.

Carbide precipitation is not the same as sugaring.

Sugaring is also known as granulation and it is when molten stainless is exposed to oxygen.

Sugaring is ugly, but at least its obvious.

Carbide precipitation is more subtle and cant be seen with the naked eye.

When Stainless Steel is held at high temperatures (between 800f-1400f)

This creates chromium deficient areas that are more sensitive to corrosion than other areas.

And what you end up with is stress corrosion cracking.

This is just one of a long list of reasons for adhering to welding procedures.

For 300 series stainless steel, a maximum interpass temperature limit of 350F is often stated in the welding procedure.

So a maxiumum interpass temperature limit of 350F means that the metal temp needs to be below 350f before the next pass is made.

So does that mean in between layers? each bead? or what?

The AWS definitions can be rather unclear the definition of  "interpass temperature". It would be nice if they could clarify the term.