All About TIG Torches

The most popular style torch is probably a #17 .. its an air cooled torch rated at 150 amps. 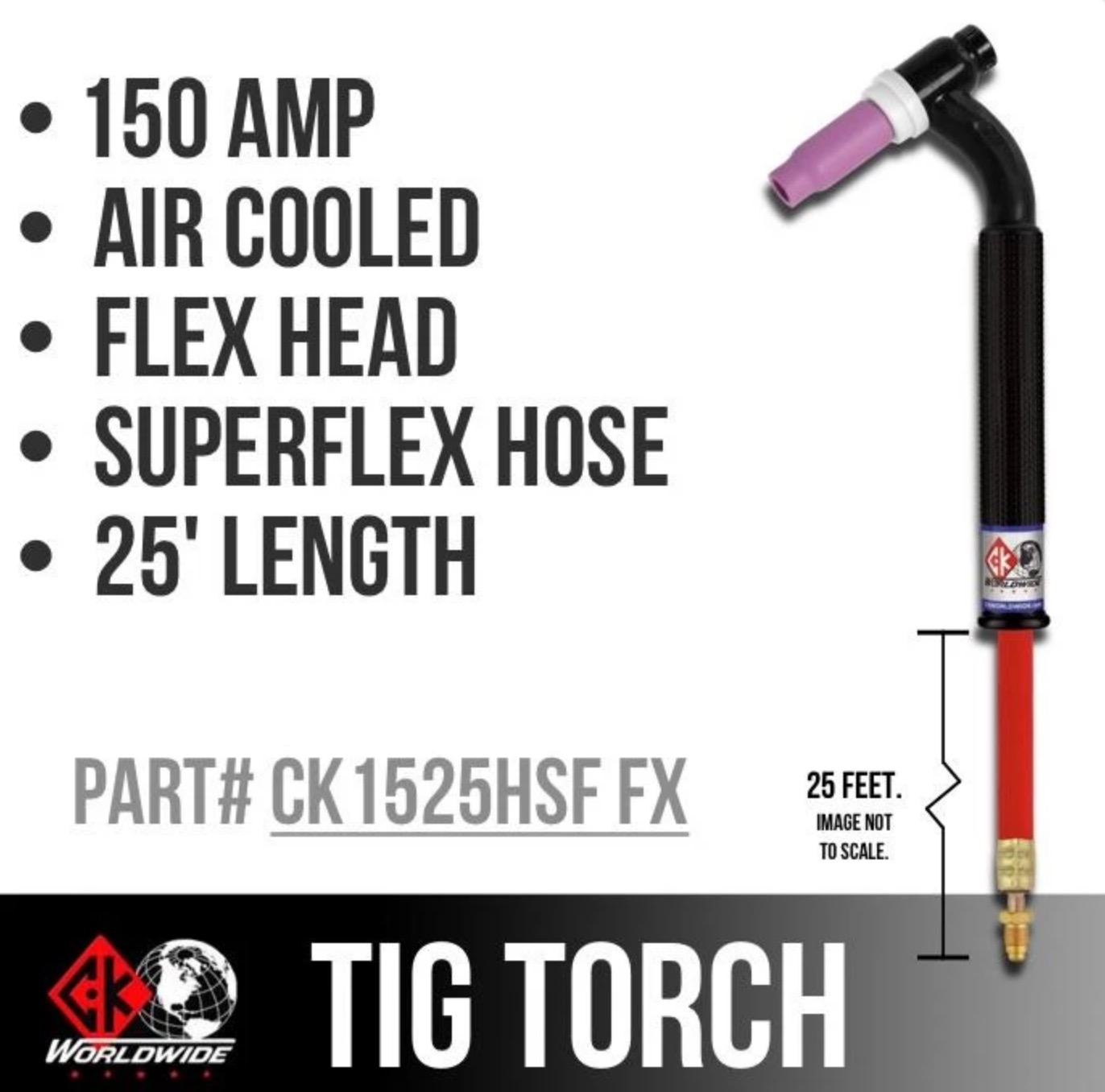 What is up with the numbering system of tig torches?

A small air cooled tig torch rated for 125 amps is called a #9 style. 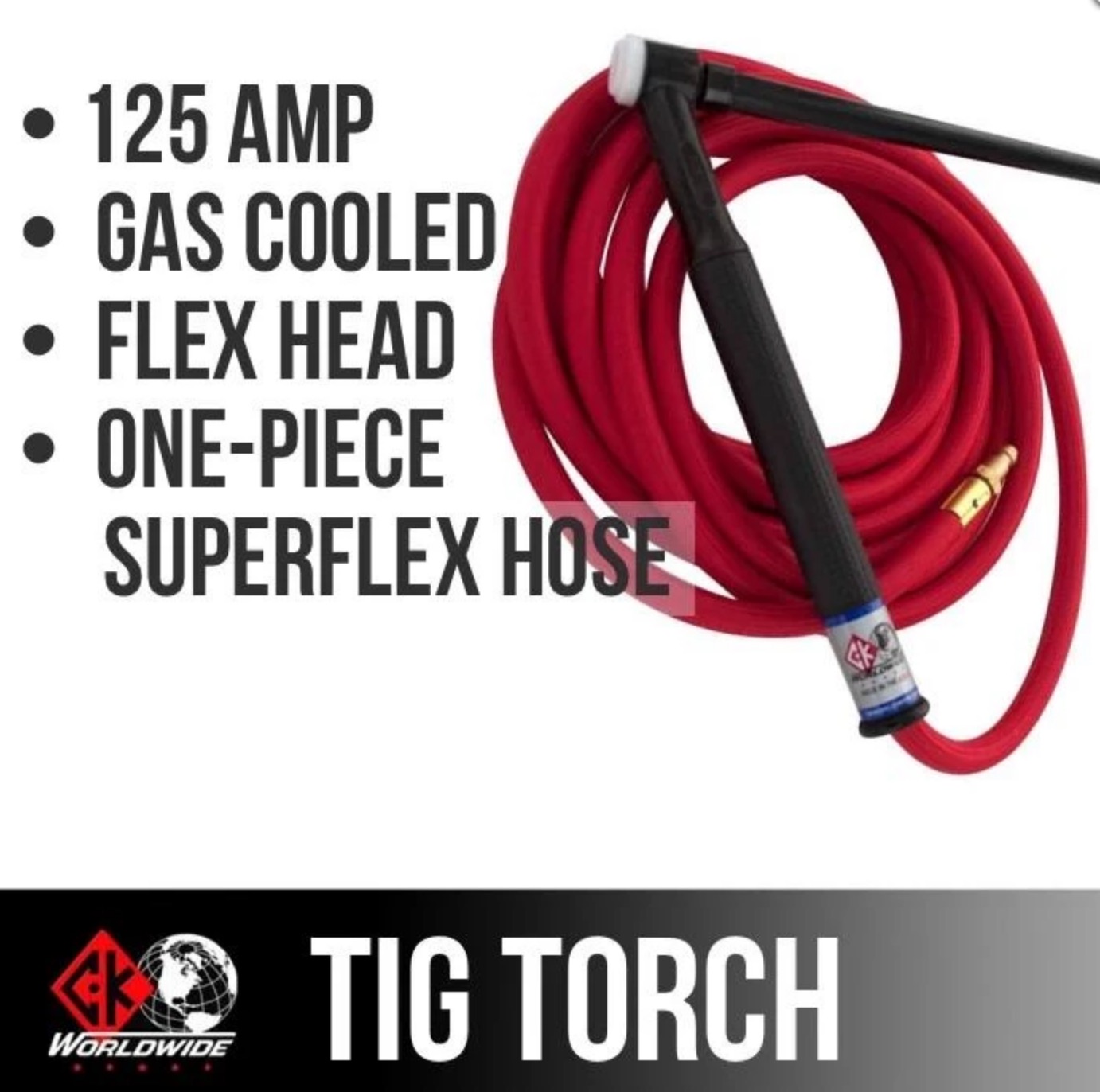 The same size torch in a water cooled model is a #20 style torch and its usually good for 250 amps.

The same size torch in a water cooled model is a #18 and its usually rated around 350 amps.

All this make any sense to anyone?  or am I missing something?

I have a lot of torches. 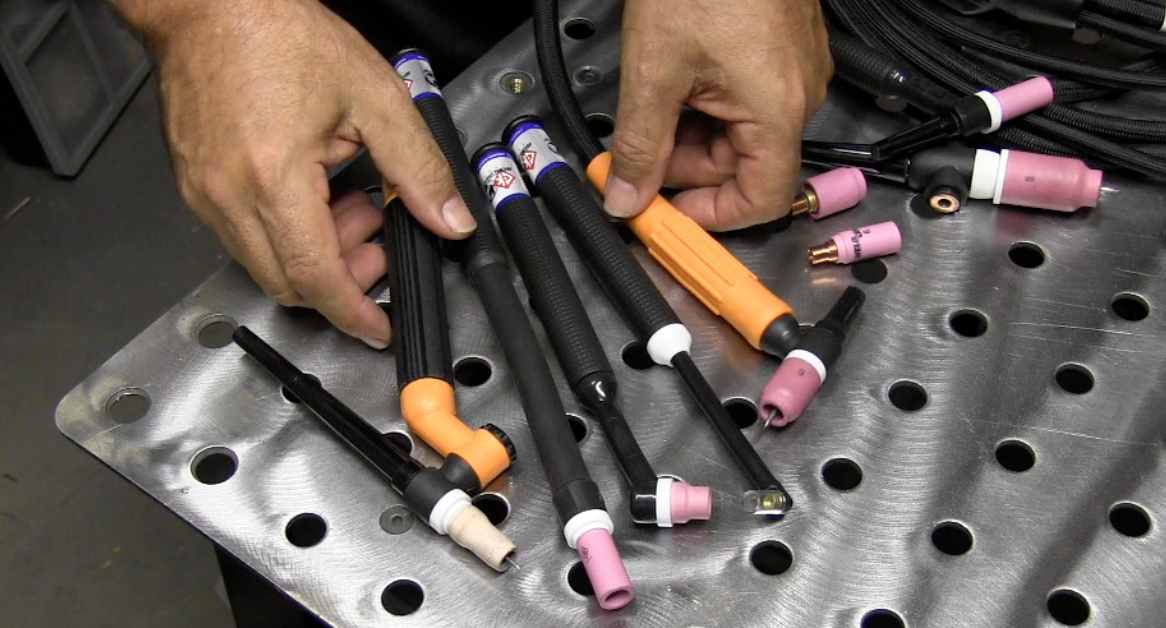 And I've been lucky enough to use lots of different style Tig torches over the last 35 plus years.

Right out of welding school I worked as a boilermaker and passed my first welding test using a #17 air cooled torch with a scratch start rig.

For the following 13 years, with the exception of 1 nuclear plant, where they actually used full blown tig welders with water coolers and had the electricians relocate them when needed, I used only scratch start air cooled torches. 17 or 26 depending on what was in the gang box.

On the jobs I worked, there was no choice as to what tig torch you worked with, you got whatever kind of torch they had and you made it work.  I even remember getting flex head torches several times that were really floppy.  I had to  bend a piece of 1/8" stainless filler wire and use it for a splint to stiffen up the head of the torch. 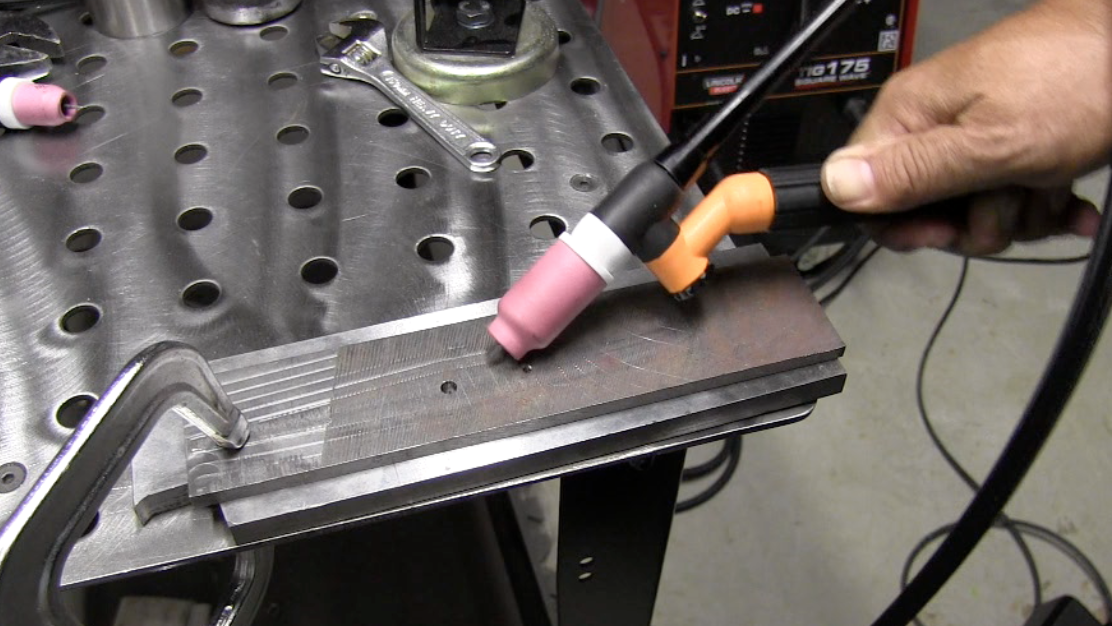 Using a 17 or 26 air cooled torch was fine for walking the cup on pipe, or freehand on boiler tubes...

...But then I changed industries.

I went from pipe welding , to aerospace welding where all the torches were small and water cooled.

That is where I was exposed to 24 style low profile torches, micro torches, and pencil torches....but mostly, we used a #20 style water cooled torch  because it would handle almost anything.

Welding for the maintenance division of a major airline, amperage is often below 50 amps. There are even certain jobs like build up of air seals on nickle alloy parts where amperage probably never goes over 25 amps.

Still, for the low amp tasks like build up repair of blades and vanes, as well as the heavier repairs on aluminum or magnesium castings, the same torch was used for lots of different jobs...  A #20 style water cooled.

The airline industry when thru lots of lows during that time and pay cuts came along so I decided to set up my own home shop to make some extra cash...So I bought a miller syncrowave 250 with a dynaflux water cooler and a 25 foot wp20 water cooled torch.

That worked great except my syncrowave 250 needed a 100 amp breaker for any aluminum that required 200 amps or more...

That was not a  problem, while I was renting space in a commercial shop, but when I moved my welding stuff back into my own shop, I only had enough power for a 50 amp breaker and so I sold the syncrowave and got a Miller dynasty 200dx tig inverter with a #9 miller diamondback tig torch. (TIG inverters require a lot less input power than conventional transformer style machines)

I thought a #9 torch would work ok because most of the work I was doing at the time was .063" aluminum, and some small stainless steel parts that only required about 65 amps.

But then I got into some much thicker heavier parts and also some short production runs in qty of 20 or so parts where I would want to weld without resting much.

When you are working for yourself, and not by the hour, waiting around to let a torch cool down does not make any sense..

So thats when I bought a used miller coolmate off eBay and hooked up a 25 ft ck20 water cooled torch.

It turned out that old coolmate was super loud...like really annoying.

So When I could , I would hook up a #17 style torch with a stubby gas lens kit just so I didnt have to hear the noise. And when heavier jobs came along that required more amperage, I would just hook up the water cooled torch....only took a few minutes.

I have since sold that Dynasty 200.

Now I have a Dynasty 280 with a water cooled torch.

Also, If you are wondering why I still use air cooled torches when I have several water cooled models, its simple...

I sometimes use different tig torches just to review them, field test them for the manufacturer, and also just to stay in touch with what other folks are using. 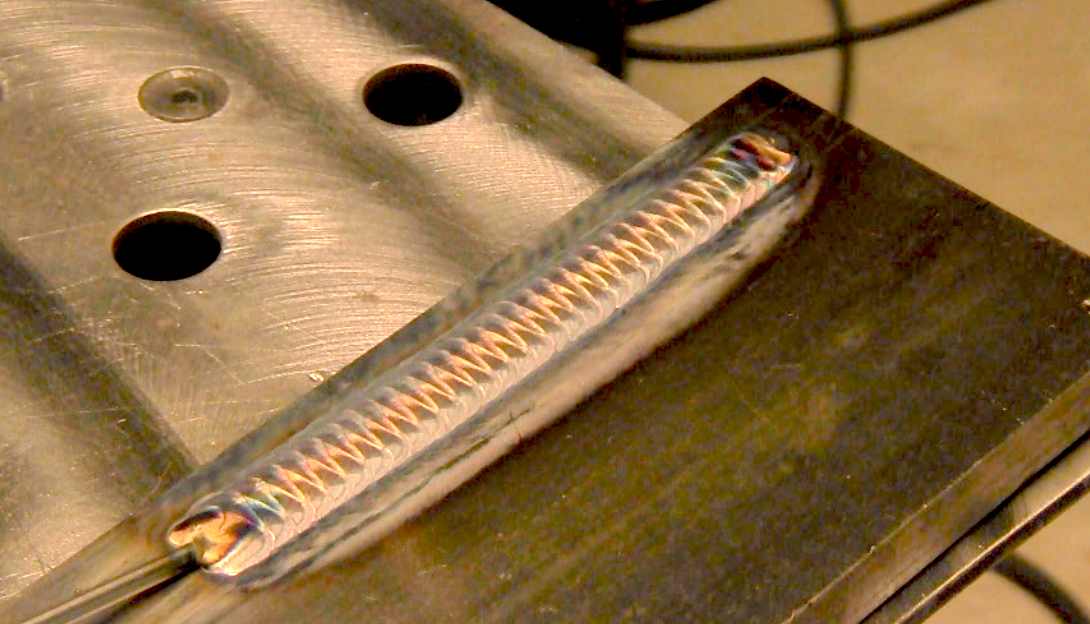